What I’m Reading: Back To Life 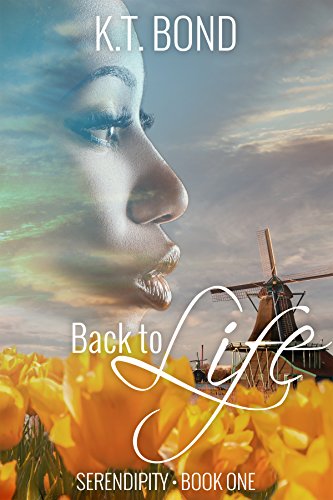 When up-and-coming novelist and freelance editor Karen Mullings leaves the States to relocate to England, where her older brother lives, she is not in the market for love. After three marriage proposals, none of which came to anything, she has sworn off relationships while she gets her life and her heart back in order, and for the most part, she’s been very successful. Until she meets Peter van der Meulen, a Dutchman who teaches English in a secondary school in Leeuwarden, and suddenly her calm and ordered life is topsy-turvy again. He’s handsome, which doesn’t hurt, but it’s his gentle, quiet spirit, his intelligence, his romantic nature, not to mention the heat that grows between them, that batter away at the walls she has erected around herself. And she cannot withstand his allure.

No more can Peter stop himself from wanting the delectable and enchanting Karen. A widower of some four years, he had been unhappy in love for a while before his wife’s death from cancer. He doesn’t expect that an accidental meeting in an Amsterdam hotel will introduce him to the woman who will reawaken his heart. From the moment she bumps into him, forcing him to hold on to her to stop her from falling, Peter is hooked, and over the next few months, he finds ways to keep her close, while he opens his heart to love again. She bewitches him and he could not be happier to find himself under her spell.