What I am Reading: Grizzly Mountain 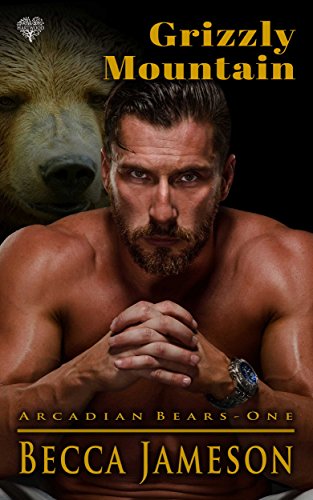 Heather Simmons is excited to start a new job in Alberta, Canada, as a glaciologist. But when a minor accident leaves her trapped on a hiking trail overnight, she finds herself facing a burly mountain man and a pair of grizzly bears. From that moment forward, things could not get weirder.

Isaiah Arthur knows instinctively that Heather is his mate the moment he scents her clothing before heading up the mountain to rescue her. The sensation is confusing since she is obviously human, and converting a human to his species is strictly forbidden.

A rogue shifter takes Heather’s transition out of Isaiah’s hands, however. Isaiah is left with no choice but to take her home and find a way to inform her of her unintended fate, while fighting the intense need to make her his as soon as possible.

The North American governing body, the Arcadian Council, is not amused by the rare turning of a human, and chaos ensues as Isaiah races against the clock to bind his mate to him forever before someone steps in the way and takes the opportunity out of his hands.

Okay, Okay, I get it.  You are attracted to her, but these people had sex in almost every chapter.  Don’t get me wrong, it was hot and steamy, but there are a couple of points I have to make on this one.

He is six feet four and big. She is petite.  So petite in fact that when she shifts into a bear, she is the size of a cub. Look at this image and allow the size difference between these two people to marinate in your mind.

Granted, big men, like to make love to petite women, however, some of the acts described in the book made me cringe. I mean it works, but the rate that man was going at Heather, she shouldn’t be able to walk.

Especially going at it morning, noon and night. Yeah, think of Ariana Grande and Side to Side.

She would have been so sore, had he been as big as she intimated in the book.

That was my first issue.

My second, was the plot or lack thereof.  It seemed like the plot was about her being scratched by a bear, as in werewolf folklore which forced her to become a bear, the very next day.

Then there was the war between the clans over water rights and beer making.

Our hero is friends with Austin from the warring clan, whose cousin was the rouge bear that scratched our heroine Heather.

Did I mention the bears communicate telepathically. However, the rouge bear with a penchant for scratching human women to force them to shift, isn’t that bad guy that comes for Heather.  It is Austin’s cousin, Antoine.

WTF is Antoine?  Where did he come from? Why is he so angry and wanting to snatch Heather and bite her?

Yeah, they bite and draw blood when they select a mate to bind them forever to each other, which becomes another plot point.  Isaiah won’t bite Heather during sex because he claims she is mentally compromised in her heated need for his bear love stick. However the bite is the one thing that can stop the Bear Tribal Council from squirreling her

off to kill her to protect their secret bear shifting lives.

In the end, she bites him.

The whole book could have been over by Chapter 12 if the cub had just bitten the big bad bear.

My rating for this one is kind of low.

I gave it three stars because the writing is good.  It is the use of some common language which drags you out of the moment and makes the reader cringe.

The sex scenes are hot and frequent, and it kind of made me understanding the whole shifting genre. It was an interesting read.

Get it here on Amazon.  Share your comments as well.