What I am reading: Punishment in Several Forms

Evidently, I have been a bad girl or am planning to be one as I sit down on this weekend to catch up on my reading.  Kicking off the long weekend, I start with Pepper Pace. I had the pleasure of meeting her this year, and man, I was all fan-girling and trying to hold my act together. 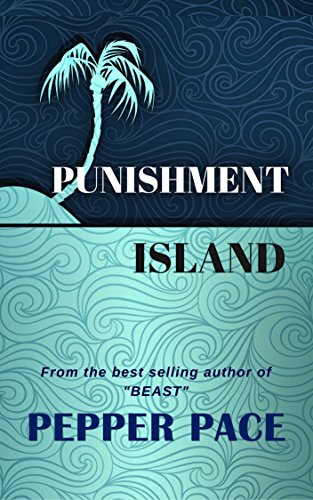 ce upon a time there was an island situated in the middle of the sea. The villagers felt that their God showed them favor so every sixteen years they sacrificed a young woman to their God of fire. Punishment Island is the story of the girl left to die and a man, shunned by his village who makes the dangerous trek to rescue her. This is a short story that first appeared as a free read in the Official Pepper Pace Newsletter.

You can grab this one  here.

Okay, so keeping with the punishment idea, I went to Instafreebie and found a few gems on my island of reading.  I also found a bunch of Iron pyrite.  The next book I picked up, I am not sure what to make of it.  I think it’s a love story, but an odd one.

From here we head away from Punishment Island to Pillaged, by Kaci Morgan.

When a young hunter finds his sister has been kidnapped by marauders, he heads out to rescue her only to get captured himself. Tormented and toyed with by a group of sexual sadists, how will a young man hold on to his sanity long enough to escape?

Please, pick this one up on InstaFreebie.  If you try to get it on Amazon, it is $2.99 for 37 pages and that is ridiculous.  The story does pack a wallop in those few short chapters, but Wade’s character could really use some development. Even for Stockholm Syndrome, it defies some of the rules of basic human nature.

I needed a brain cleanser after that one, so i switched genres and wen tin a different direction with a thriller.

Alone in the Darkness by Matthew Buza centers around a routine night in an ordinary city becomes a race against time to save an innocent girl from the underbelly of society. Low-level drug dealer Steven Pfeffer is in trouble. He’s desperate to pay off a debt and he’s out of options. Bartender Jennifer Lang is looking for a fresh start in a new city. A chance encounter brings them together and starts a cataclysmic chain of events that uncovers the horror beneath the surface. Steven’s decisions lead them both down a path that neither may return from. Will they survive the night or will the darkness consume them?

This one sounds interesting. I downloaded this jewel from Instafreebie as well. I will let you know what I think when I’m done.

Last but not least, I thought I would try out a bit of Jo Nesbo.  I have an e-book of The Snowman and a hard copy of The Bat. I am almost done with The Snowman because I want to see the movie and compare notes on how bad the director screwed up this internationally, best selling book.

Don’t forget to share your comments with me. Happy reading.