This is a pretty place.

What if Trump gets elected and I have a woman that does a Mail Order Bride thingy to Canada?

Seriously though, I am scouting it out for you.

You do know there is a site.

Maple Match makes it easy for Americans to find the ideal Canadian partner to save them from the unfathomable horror of a Trump presidency.

Want to learn more? Reach out at info@maplematch.com. 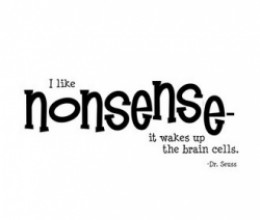 Victoria, capital of British Columbia, sits on the craggy southern end of Vancouver Island. With a mild climate and an abundance of trails and parks – including sprawling, amusement-filled Beacon Hill – it’s a destination for outdoor activities. Its beginnings as a British colony show in its Victorian architecture, such as stately Craigdarroch Castle mansion, as well as in its many formal gardens.
Hotels: 3-star averaging $136, 5-star averaging $247. View hotels
Getting there: 8 h 46 min flight, around $795. View flights
Weather: 61°F (16°C), Wind SW at 2 mph (3 km/h), 86% Humidity
Local time: Saturday 6:31 AM
Population: 78,055 (2006) UNdata