What I am Reading: Branded 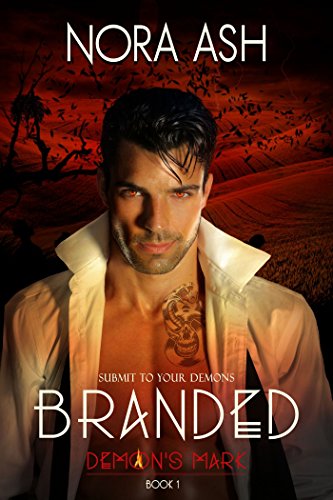 Submit to Your Demons.

Being different was never easy.

After 27 years of living as a social outcast, Selma has become quite accustomed to the isolation and lack of dreams for a happy future. What she’s never gotten used to are the demons she sees; the dangerous creatures masquerading as humans, blending into the regular world as if they belong.

No one else ever sees what she does—not when she was younger, and not the night she is attacked by horned monsters, losing the precarious grasp on her already damaged mind.

Trapped in a mental hospital, Selma’s only hope of gaining back her life is a young psychiatrist with smoldering looks and some very disturbing ideas for her treatments. If she is ever to see the outside world again, she must submit to him.
But he is one of them—and his intentions are far more devious than they appear.