What I am reading: Quiver 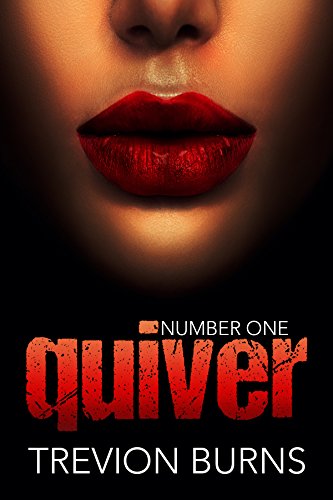 At just eighteen years old, Veda Vandyke fell victim to a brutal attack that stole her innocence, her joy, and her sanity.

Ten years later, she’s a medical school graduate, has just accepted a residency in the town that crushed her soul, and she’s hungry for revenge.

The best thing about medical school? It trained her to be a killer without ruining her manicure. Without a single ounce of guilt. Not a shred of evidence left in her wake.

And before summer came to a close on that sleepy island called Shadow Rock, Veda Vandyke planned to put her Stanford M.D. to good use.

What Veda hadn’t planned on was being tempted by her mouth-watering Italian boss, Gage Blackwater. With pulsating biceps, a heart-stopping smile, and a savage stroke game that brought Veda to her knees, Gage threatened to spread her open in ways she’d never been spread before. Bestowing upon her an unshakeable devotion that unearthed her deepest secrets and most ardent desires, he had the power to destroy everything.

But the ten animals who’d brutalized her and robbed her of her innocence needed to pay the price. No matter how persistent that spit-shined rich boy was, Veda refused to be swayed from her mission by his tongue-fueled kisses and intense brown eyes.

Nothing would distract her from exacting revenge.

Not even falling in love.

QUIVER is an interracial romance.
Triggering elements. Strong sexual content—including graphic assault. Strong language.
This story ends in a cliffhanger. The Revenge Serial is written to unfold over multiple volumes.