Finally, a Reason to Love Thursdays

Now Available for Pre-Order on Amazon 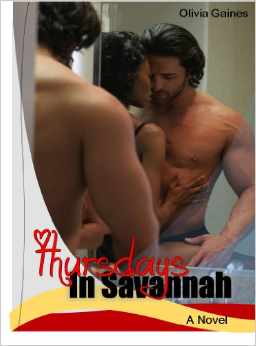 Jesse Orison knew he was on borrowed time, but he had a plan. Savannah was set to marry another guy in year. Experience had taught him that a man could make a lot of things happen in 12 months.

His first priority starting next week, was to make her fall in love with him.

He would begin his methodical plan by paying her a visit on Thursday.

Savannah Niden had everything a girl could want, a nice condo, a great job and a fiancé. The only problem was the maintenance man, Jesse.

Jesse started coming over on Thursdays and he liked to stay all night.

Savannah’s primary problem, she was learning to love Thursdays and Jesse a whole lot.

Paperback is now available for pre-order on Amazon.