Well, What Is It You Want?

The other night I was watching Chicago Fire.  I actually like this show.  It has a strong leader, Chief Wallace Boden, played by Eamonn Walker who tends to over act a bit, and a mighty fine supporting cast.  I like the realness of the show.  It has been a while since there was a gritty show that takes you out on the job with the team.  It is reminiscent of the old Hill Street Blues, when the audience gets to feel with the cast.

There is action.  There are hot fire fighters and romance.  Well some.  They are fire fighters, so there are hookups .  However there is a chance to see a couple learn each other and fall in love.  The only problem is that the main character Gabriela Dawson, played by Monica Raymund doesn’t quite know what she wants. 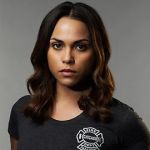 She is a woman who is great at her job.  She is a paramedic with great skills, a chip on her soldier and way too much to prove.  Women like this always want the man who they shouldn’t or can’t have.  The man that is perfect for them is too attainable and of no challenge.  When there is something to prove, why take the easy way right?  Wrong.  It makes it hard for the audience to cheer for you when you cannot seem to cheer for yourself.

We get it.  You want to go to medical school.  You want the sexy blond guy who had a girlfriend in medical school who seemed to be living your life. You have nothing in common with him and he is distracted with his own issues. You are his coworker and are taboo.  He will flirt with you, but he will never belong to you.

We get it, he is hot.  He is a leader.  He is an accomplished.  Enter Lieutenant Matthew Casey played by the sexy Aussie Jesse Spencer. Not only is he a hot fire fighter, he is also good with 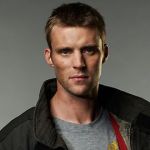 his hands and is a contractor.  The bad news is that his doctor girlfriend just dumped him, his mother is coming up for parole and his sister won’t speak to him.  There is more.  When the show started he lost a good man, another of his team members had his lungs singed, and well, most days are just not good days for this man.  Gabriella, you invited him to dinner, he would not kiss you.  You took him to the family Christmas party and he still would not kiss you.  He told you he is dealing with some things. He needs someone to talk to you volunteered to be an ear. This is probably what he is going to give you, lips service to your ear.

Just because you are not his first choice, does not mean you can’t be the first choice for someone else. 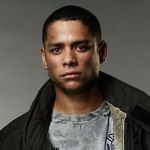 There is always that guy.  You know the one.  He is kind of hot, he is nice, he is great to talk to, and fun to be with.  Unfortunately, he is the backup husband.  He is the one the guarantees you a comfortable life.  He will always go to work.  You will never be hungry, and you really won’t fight. It will be a normal life, full of sweet nights and days of smiles.

It may not be the all the bells and whistles, but there are some sparks.  We have Peter Mills, played by Charlie Barnett.  He has it all.  He is a paramedic, a fire fighter in training and a chef. He is caring, giving, understanding and supportive. Gabriella invited him to dinner and he did not pass on his chance.  She awoke with a smile. She wanted to blame it on the alcohol, but his attitude changed her mind.

He was even polite to make her breakfast and coffee and serve her before he left for work, with the parting words, “this is our thing.”  The night was good and she planted one on him with promises of more to come.

She doesn’t know what she wants.

She outs their steamy night not once, but twice.  The office big mouth knows and so does the boss, who tells young Peter to not poop where he eats.

Peter is bummed out and seeks Gabriella to have a conversation, and there she is in the face of Lt. Casey.

Gabriella, well, what is it that you want? Please don’t play this as the stereotypical woman chasing a man that will never be yours.

So far, that is where we are.  Tune in on Wednesday nights on NBC to follow the story. It returns on January 30th.

This entry was posted in Life and tagged Chicago Fire, soap opera.