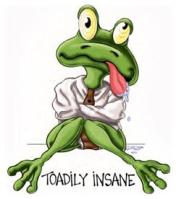 This past week has been an exercise in patience. I have found that evidently, I am not very virtuous because I had very little. I am amazed at the rationale behind some decisions that are made based on logic that is in essence, irrational. It is like watching an episode of Hoarding: Buried Alive and failing to understand why Sue is breaking down over a bottle cap. We can’t understand the thought process because if logic were to prevail, someone would tell the individual, your behavior is nuckin’ futty.

I sat in a faculty meeting with an overactive, underachieving colleague. I knew she was going to make an

issue in the meeting of how smart she was, how much she was teaching, and how much smarter she was than all of us. She brought up two class exercises she used in which three of us had no clue what she was talking about. I teach English. I am a writer. I have written four books and I don’t know that. I don’t know it because I don’t care. It has no impact on my day to day life and in essence no one gives a flying monkey! If your colleagues are telling you they would not take your class, then aren’t you missing something here? It’s called a point. It was amazing to sit and listen to her pontificate about what she was doing, when, in reality, if your colleagues don’t give a rat’s ass, and then do you think the students will? It is just nuckin’ futty to attempt to teach students everything you know. Teach them what they need to know, and then focus on one or two skills sets for the 11 week period. What makes this even more insane is that she was told that adult learners brains are not as malleable at a12 year. Of course your middle school students will get it, their brains are still developing. A 35 year old woman, forgive the bad English, “don’t want to be hearing about nothing she can’t put to use in her everyday life.” Why are you making people feel stupid for not getting it? Maybe she will get it when they escort her ass out the door.

I sigh in exasperation.

Let’s move on to the second case. I often, out of sheer curiosity, surf over to http://Blackmediascoop.com because truth is so much more nuckin’ futty than fiction. There is a lady that is in danger of dying because she refuses to cut her toenails. Again, I shall repeat, she refuses to cut her toenails which are preventing her from exercising as required to maintain healthy blood glucose levels. Here’s the irony, if you don’t get the exercise, as a diabetic, they will probably have to amputate your feet. There goes your damn toenails. Don’t believe me? Well check out the video. If you can’t see the video I have included some photos. 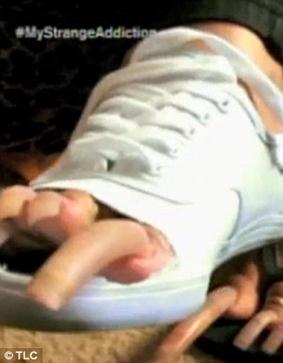 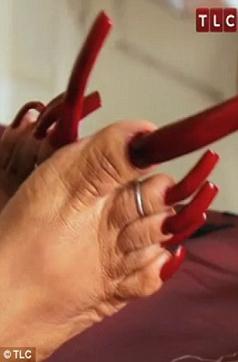 Yeah, my thoughts exactly; this is just nuckin’ futty.

Life is too short to be irrational.