And I will always love you….. 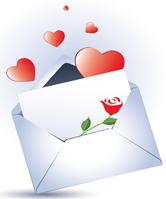 Over the past week I have been amazed, astounded and mesmerized by the sheer ignorance of my fellow-man. In the loss of one of the purest voices of our time, I listened, heard and watched many say some of the most inappropriate, if not stupid comments. I listened to commentary and watched live streaming feeds of adversarial anecdotes during the home going celebration. I read, or rather skimmed over blog posts that attempted to lay blame for the course of a life. I watched church people act ugly when deciding who was worthy to sit where in the church to pay their respects. There were so many who came to say goodbye to her, but in the end, when we leave this world, who will mourn us?

I watched many come to say farewell to a life that was lived on its own terms. We may not have agreed with the way she lived it, but who are we to question? The fame, achievement and notoriety she gained before the age of 25, most of us will never achieve in our lifetime. Yet, we can take one moment in a 25 year career, and focus on just that—while refusing the see the whole picture. I vividly remember the 80’s and am thankful to still be alive not to mention surviving my fashion choices. I was forgiven and I grew while moving on to the next phase.

In the end, it is all they ever want. They want to sleep. The mind is a wondrous thing. It allows us to dream with our eyes open, we can dream with our eyes closed and we can learn to believe that anything is possible. However, if the mind is strained, the one thing it will not do, is allow us to sleep. I can smile and say that she and her voice are finally resting. I will miss the beauty of her voice, the grace of her presence and I want her to know that I will always love you….